Many Catholics are deeply concerned about the degree of confusion that exists today in the Catholic Church. A few powerful voices are calling for change in Catholic teaching while others seek a public reaffirmation of the eternal truths of the Faith.

In response to this confusion, Gerhard Cardinal Müller, former Head of the Congregation for the Doctrine of the Faith, released a document entitled “Manifesto of Faith” in February 2019.  Within this document, Cardinal Müller clearly summarized the eternal truths of our Catholic Faith in beautiful and uplifting language.

At the urging of lay Catholics, Arcadia Films embarked upon a project to present Cardinal Müller’s Manifesto using the art form of film. Our mission was to reach a much broader audience with Cardinal Müller’s compelling summary of the Faith. To that end, we subtitled the film in 7 different languages and released it on the Internet so as to reach a global audience.

We hope you are inspired and encouraged by the film.  Please pray for its success. 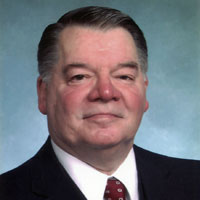 With his son Stephen, Richard has produced and directed over 120 film & television episodes over the past 25 years for their production company Arcadia Films Ltd.  These include many hit Catholic television series like, 40 episodes of “The Saints Speak” (2004/05), 30 episodes of “Parable” (2006), 30 episodes of “Eucharist” (2008), 14 episodes of the 2012 Gabriel Award winning series for Best Religious Program in National Release “Saints Alive!” (2011) and the award winning mega-hit EWTN documentary “A Wolf in Sheep’s Clothing” (2016).  Born in Ottawa, Canada, after studies in Science, Philosophy, Theology and Religious Education, he became supervisor of Religious Education for the Separate School Board of the Archdiocese of Ottawa and a freelance writer/researcher for the Canadian Broadcasting Corporation and National Film Board. Moving to the U.S.A. in 1967, he became an editor, publisher and film producer. He conceived and developed as founding Editor-in-Chief the now 130-volume “The Classics Of Western Spirituality” (Paulist Press) – a library of new modern English translations of the great books of the Catholic, Orthodox and Protestant Christian, Jewish, Islamic and Native American traditions. Publishers Weekly called it “the most hopeful sign in American publishing.”  He conceived and developed the 25-volume “World Spirituality: An Encyclopedic History of the Religious Quest” (Crossroad Publishing). He also conceived and developed a 60-volume series “The Classics Of Eastern Spirituality” (unpublished). Richard was an editor of the Paulist Press and of its monthly journal New Catholic World, Associate Publisher of Crossroad Publishing, and Publisher of Amity House. He co-founded Arcadia Films with his son Stephen in 1991. He and his late wife Patricia raised five children in their marriage of 49 years. 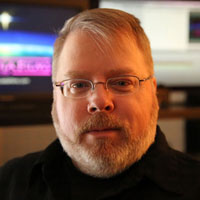 With his father Richard, Stephen has produced and directed over 120 film & television episodes over the past 20 years for his production company Arcadia Films Ltd.  These include many hit Catholic television series like, 40 episodes of “The Saints Speak” (2004/05), 30 episodes of “Parable” (2006), 30 episodes of “Eucharist” (2008), 14 episodes of the 2012 Gabriel Award winning series for Best Religious Program in National Release “Saints Alive!” (2011), and the award winning mega-hit EWTN documentary “A Wolf in Sheep’s Clothing” (2016).  Born in Ottawa, Canada, Stephen was raised in the United States. After studying the art and science of filmmaking at York University in Toronto, he entered the film and television industry, first in New York then Hollywood and Toronto. Through a wide range of production and post-production roles, Stephen gained a remarkable reputation for his “hands-on technical expertise.” He was an assistant director of features, and a post-production coordinator for Power Pictures and the USA Television Network. He was a member of the production team of Canada’s two great internationally acclaimed film directors – the 1998 Oscar nominated Atom Egoyan, and the 1989 Oscar nominated Denys Arcand. In 1991, he and his father Richard founded Arcadia Films. As an accomplished cinematographer, he was Director of Photography on a number of projects. Also a musician, he composed the theme music to some of their films. Stephen is President of Arcadia Films Canada Ltd., which is working to extend the Arcadia brand to Catholics worldwide. Through cutting-edge projects coupled with powerful grassroots/Internet marketing and distribution. Arcadia Films seeks to change the way traditional religious films are made and delivered to believers over a new digital landscape.

“Richard and Stephen…my compliments on the superb job producing ‘Jesus Living in Mary’…it’s a masterpiece…your production has captured the essence of programming that is ideal for EWTN from every aspect.”
Mother Angelica, Foundress, EWTN, Global Catholic Television Network

“Over the years, I’ve seen the Paynes’ dedication to Catholic media grow and grow. They bring a great deal of creativity and knowledge, but also persistence…and here is the truth, the truth in the midst of American media, the truth – how utterly unusual!!! So I certainly feel very comfortable with the Paynes and their competence and their insight into what Catholics need, I’ve stuck with the Paynes all these years because we work for the same boss.”
Fr. Benedict Groeschel CFR

“Arcadia Films’ productions for EWTN truly reflect our vision of broadcast programming. Your films mirror an abiding fidelity to a creativity rooted in values of the highest moral and spiritual, technical and artistic excellence…I have the highest regard for your ability to answer God’s call to inspire, entertain and inform today’s television and film audiences, and I do not hesitate to recommend your work to others.”
Doug Keck, President, EWTN, Global Catholic Network

“There aren’t too many high level companies making spiritually relevant films out there…I applaud you for what you do and congratulate you for the success you have had.”
Florian Henckel von Donnersmarck,

Academy Award Winning Director of ‘The Lives of Others’ (2006)