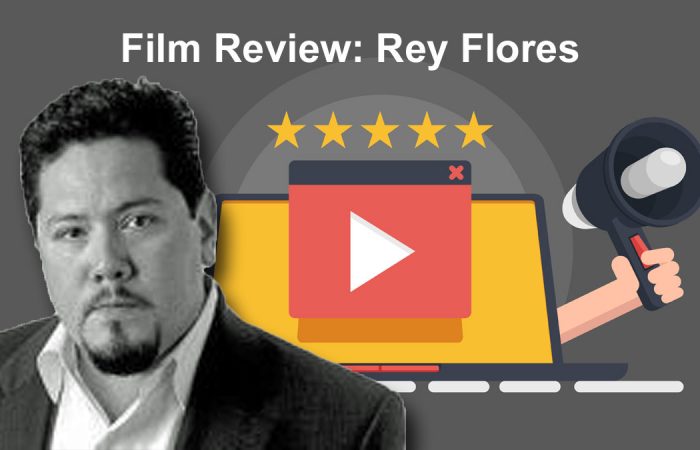 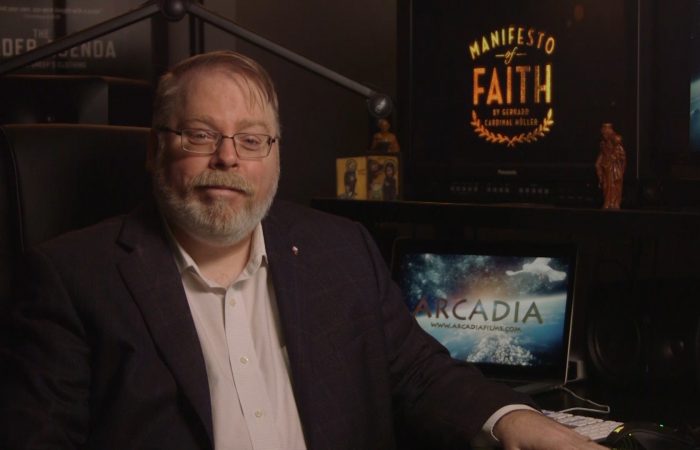 Translating an abstract “credo” into a documentary film lush in sound and cinematic aesthetics, U.S. filmmakers have reproduced Cardinal Gerhard Müller’s “Manifesto of Faith.” In his four-page public testimony, the German cardinal reasserted many key teachings of the faith, reminding clergy and laity, as Register Rome correspondent Edward Pentin reported, that it is up to “shepherds” to “guide those entrusted to them on the path of salvation.” 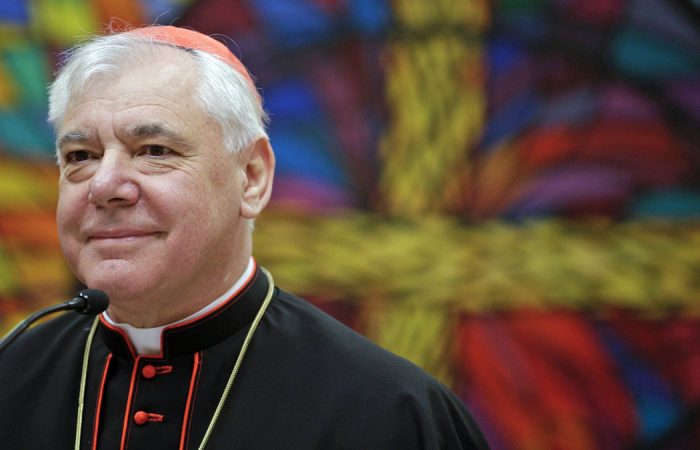 Worldwide Premiere of “Manifesto of Faith: The Movie”

Stephen Payne, President of Arcadia Films, presented the worldwide premiere of his new film, “Manifesto of Faith: The Movie” on Tuesday, October 1, 2019. The film brings to life Gerhard Cardinal Müller’s Manifesto of Faith which was issued in February 2019.  Payne stated the mission of the film is to bring Cardinal Müller’s inspiring message of truth and hope to a wider range of Catholics around the globe. 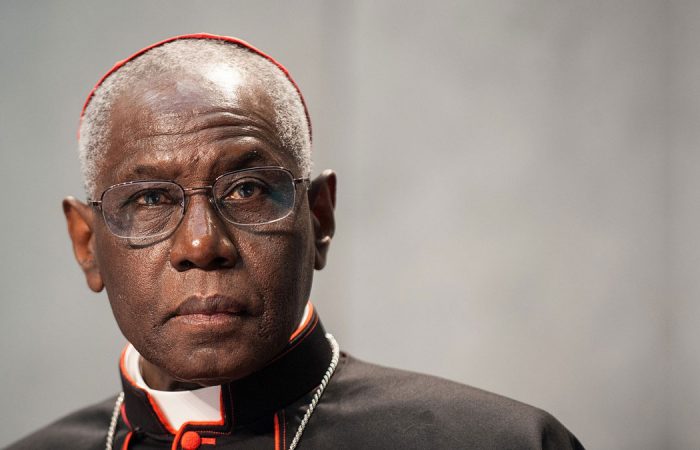 Cardinal Robert Sarah has said the Synod of Bishops on the Pan-Amazon Region, being a regional assembly of bishops, is not the forum to discuss priestly celibacy — a subject that is “unbearable” for the modern world because “some Westerners can no longer tolerate this scandal of the cross.”

The subject is one of many the prefect of the Congregation for Divine Worship and the Discipline of the Sacraments discusses in this exclusive Sept. 13 interview with Register Rome correspondent Edward Pentin, including the reasons why he decided to write his latest book, The Day Is Now Far Spent (Ignatius Press).

He addresses the current crisis in the Church and society and believes it is driven primarily by atheism, not placing God at the center of our lives, as well as a prevailing wish to impose “personal opinion as truth.” Those who announce “revolutions and radical changes,” he warns, “are false prophets” not “looking out for the good of the flock.” 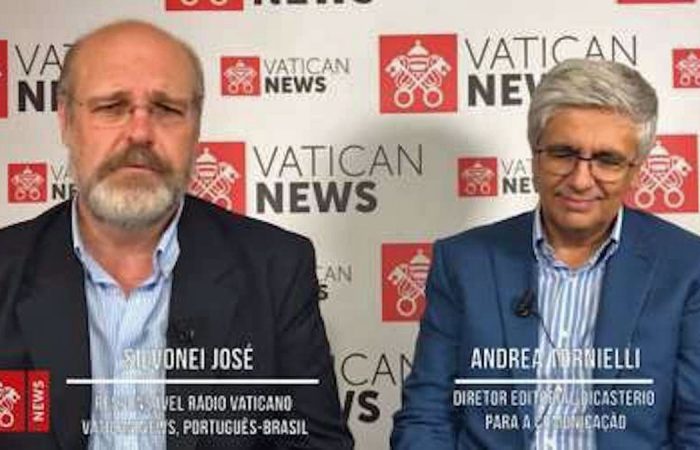 Andrea Tornielli, editorial director of the Dicastery for Communications in the Vatican, said that married priests will be a subject of discussion during the upcoming synod of bishops on the Amazon, which will take place October 6-27 in Rome, but noted that the synod does not have the power to make decisions on the matter.

“The synod will discuss the possibility, for territories like the Amazon, to propose the ordination of married men. That is, the ordination of catechists, older persons who already have a role of responsibility in several communities. But it’s not a decision already made, nor is it certain that they synod will arrive at that decision.” Tornielli said in an interview Sept. 19. 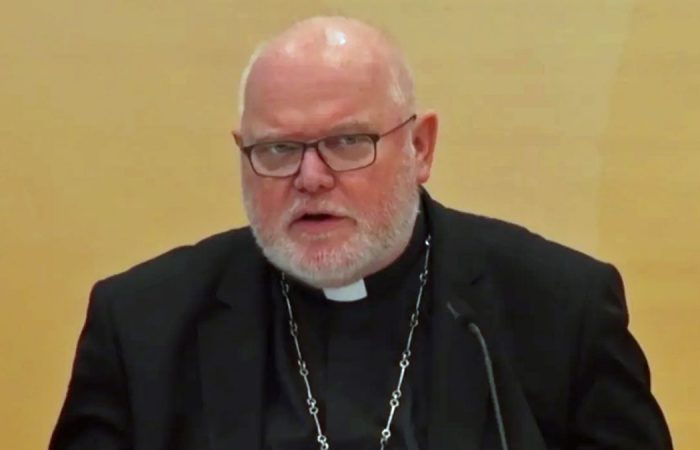 “We hope that the results of forming an opinion [on these matters] in our country will also be helpful for the guidance of the Universal Church and for other episcopal conferences on a case-by-case basis. In any case, I cannot see why questions about which the Magisterium has made determinations should be withdrawn from any debate, as your writings suggest,” Cardinal Reinhard Marx wrote in a Sept. 12 letter to Cardinal Marc Ouellet, who is head of the Vatican’ Congregation for Bishops.

“Countless believers in Germany consider [these issues] to be in need of discussion,” Marx added.

Marx’s letter informed the Vatican that the German synodal process will continue as planned, despite recent instructions from the Vatican curia and pope, and will treat matters of universal teaching and discipline. 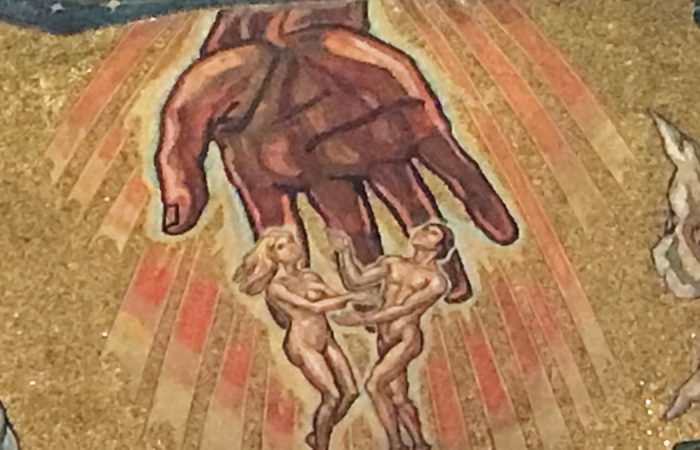 Purge and Revolution at JPII Institute on Marriage and Family

The latest development in what is becoming increasingly viewed as both a purge and a revolution of the Pontifical John Paul II Institute is the hiring of two moral theologians whose views on homosexuality and contraception contradict the magisterium.

The new professors, Father Maurizio Chiodi and Father Pier Davide Guenzi, both moral theologians at the University of Northern Italy in Milan, will begin teaching at the Pontifical John Paul II Theological Institute for Marriage and Family Sciences as part of its 2019-2020 curriculum announced this week. 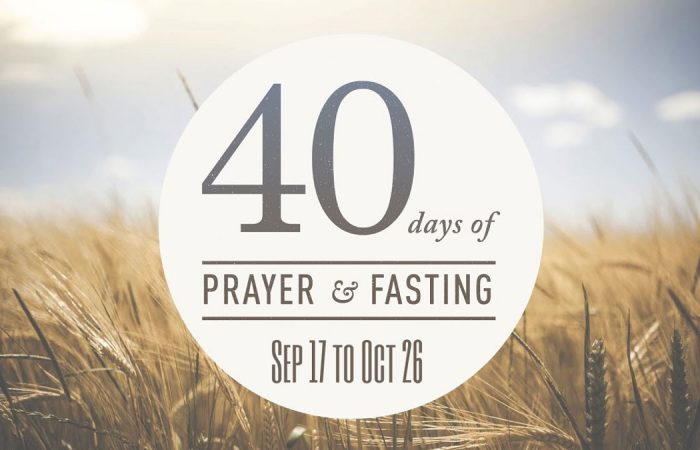 Cardinal Raymond Burke and Bishop Athanasius Schneider have issued an eight-page declaration warning against six “serious theological errors and heresies” they say are contained in the Amazonian Synod working document, and calling for prayer and fasting to prevent them being approved.

Cardinal Burke, patron of the Sovereign Order of Malta, and Bishop Schneider, auxiliary of Astana, Kazakhstan, have also published the appeal so Pope Francis may “confirm his brethren in the faith by an unambiguous rejection of the errors” in the working document.

They propose that clergy and laity “pray daily at least one decade of the Holy Rosary and to fast once a week” for such intentions over a 40 day period, from Sept. 17 to Oct. 26.

The working document, called an instrumentum laboris, is meant to guide discussions during the upcoming Oct. 6-27 synod of bishops whose theme is: Amazonia, New Paths for the Church and for an Integral Ecology. 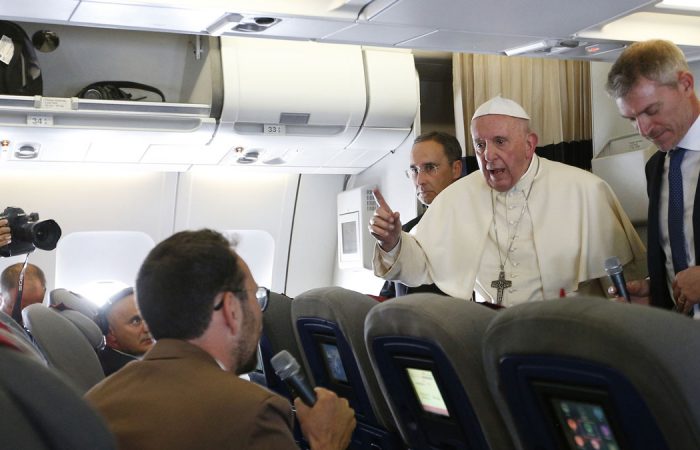 “I pray that there be no schism,” Pope Francis said on Tuesday, in response to a query regarding “strong criticisms” he has faced and the possibility of US Catholics breaking communion, “but I am not afraid.” The Pope made his remark during the in-flight press conference en route to Rome from Mauritius, where he had just concluded a visit that had seen him also in Mozambique and Madagascar.

The Rome bureau chief for the New York Times, Jason Horowitz, asked the question, point blank: “Are you afraid of a schism in the American Church?” It’s not exactly surprising that schism should be on the Pope’s mind. After all, his office is given for the unity of the Church. It is, however, his job to fear schism above everything else, and to do anything except compromise the integrity of the faith in order to avoid it.