For Immediate Release
For more information contact Liz Yore at 312-607-9855 or media@manifestooffaith.com

Winchester, Connecticut, October 1, 2019 — Arcadia Films, a division of City of Light Studios, today conducted the worldwide premiere of its newly released short film, “Manifesto of Faith: The Movie” at www.ManifestoOfFaith.com.  The 22 minute film was created by Arcadia Films, an American independent film company established by the father/son team of Richard and Stephen Payne.

“This work brings to life and visualizes the “Manifesto of Faith” text written and released by Cardinal Müller on February 8, 2019,” said Stephen Payne. “He wanted to make a public testimony of the truth ‘in the face of growing confusion about the doctrine of the Faith’ among the laity and the clergy. The Amazon Synod in October presents a good time to re-set these discussions with the truth of the Faith as practiced for 2000 years.  Controversy is nothing new to the Church, and, when it does occur, reasoned voices, like Cardinal Müller’s speak out to provide guidance and reassurance to the faithful.”

The text of the film is Cardinal Müller’s effort to carefully, clearly and succinctly express the truths of the Catholic Faith.  Its intent is to reassure Christians that, no matter what they might hear, the Church remains firm in expressing the teachings of Jesus Christ and in guiding believers along the path to salvation.

“Our world is being increasingly polarized, disordered by what Pope Benedict called the evils of ‘the dictatorship of relativism’,” said Richard Payne. “The Manifesto of Faith presents the essentials, the basics of the ‘deposit of faith’. Jesus left this proclamation of the ‘Good News’ of the Gospel to His apostles. The Catholic Church has passed it down to us unchanged since the death of the last apostle, St John, about 100 AD.”

Preliminary advertisements of the release of the film have drawn thousands of registrations from people eager to see this groundbreaking work.

Gerhard Cardinal Müller is a German cardinal of the Roman Catholic Church. He served as the Prefect of the Congregation for the Doctrine of the Faith (CDF) from his appointment by Pope Benedict XVI in 2012 until 2017. 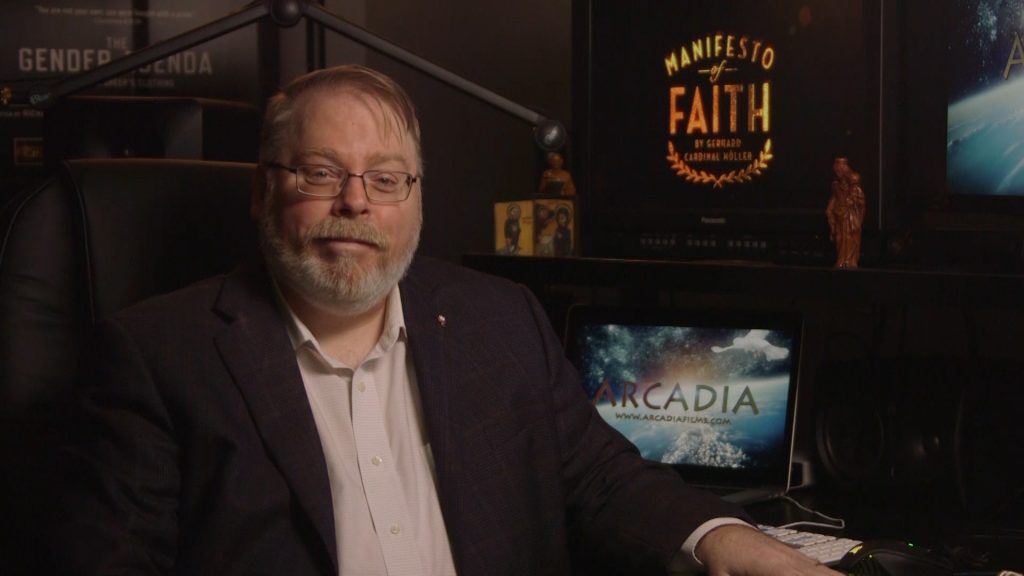